The first John Wick movie took me by surprise.  A sleeper hit that told a simple tale of revenge.  This time around, I was looking forward to the sequel with some hopes that it would be as good as the first.  Would it meet my expectations of fall flat on its face like a lot of sequels do? Here’s my John Wick 2 movie review. 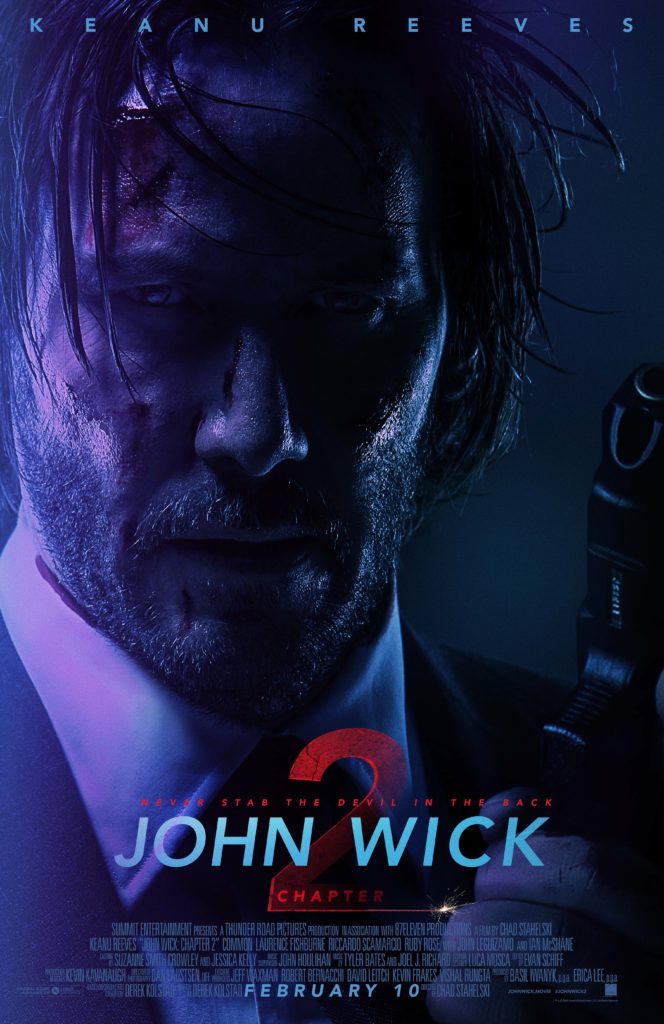 This time around, the story picks up just shortly after the end of the first film.  John (Keanu Reeves) is trying to get his car back and as well all know, once he sets his mind to a task, it’s just a matter of time.  Once that task is in order, everything’s gravy right?  John Wick can get back to his life of retirement and live peacefully with his new dog.  Not so fast John, apparently retiring from being a hired hitman is not as easy as it seems.

The world of assassins doesn’t take a lot of time to let John know that it’s not done with him yet.  Frankly, I don’t think the fans of John Wick are ready for him to hang up the gloves either, and for good reason.

There is still a lot of story to tell.  The first John Wick was a classic revenge tale and the sequel gives more of the same while giving us a bigger peek into the world of assassins from wherein John became famous.  Nothing too complicated going on with the story and that’s what makes it good.  The movie doesn’t try to be something it’s not.  It’s an action movie and it knows it.  It’s the action that is the star but the story is made well enough to make all the action seem warranted.

Acting in an action movie?  Is that even a thing?  Let’s be honest to ourselves, actors/actresses in action movies are rarely commended for their acting skills.  They do however get great acknowledgement for being able to make their character look believable.  Keanu does a great job at making us believe that he can kill anyone with his bare hands, or even a pencil if necessary.  He looks proficient handling any of the weapons he gets a hand on and his hand to hand stunts look silky smooth.  Kudos to the fight and stunt choreographers on this film.  Top notch work for sure.

The dialog is kept to a bare minimum and that works well for the movie.  There are parts where the action really does tell the story.  None of the acting is too over the top and all actors/actresses in the movie play their roles to the T.  Keanu also does a great job of keeping you captivated to his character.  His screen presence is felt throughout each scene.  No academy awards will be won for acting in this film, but the acting is just fine for what it needs to be.

The opening sequence had a soundtrack that really let you know this is an action film.  It was loud and fast.  After that the rest of the score wasn’t nearly as noticeable. Maybe because they were blown out from the opening car chase and action sequence, or the soundtrack blended in better for the latter half of the movie.

Music for John Wick 2 did help match the feel of the movie for the most part.  Loud and intense when it needed to be.  Cool, dark and moody as dictated by the scenes.  Nothing really memorable, but nothing annoying  or out of place either.

One things for sure.  John Wick is one hell of a sexy looking action movie.  The special effects and action blend flawlessly, action is slick and stylized, and scenes transition smoothly from New York to Rome and day to night.  I really enjoyed the dark night shots combined with the colors from neon lighting, cools blues and hot pinks.  It gave the movie a slick and fun vibe.  Everything put together made the movie really visually appealing, which helped add to the fun of the film.

I really enjoyed watching John Wick 2.  It had everything an action movie should, great action sequences, interesting story-line, appealing protagonist and it didn’t take itself too seriously.  I highly recommend you give John Wick 2 a shot, especially if you’re an action movie lover.  It’ll be sure to leave you wanting more.

If you liked John Wick 2 I’d also recommend you check out these movies: 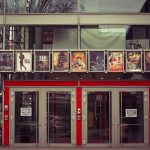