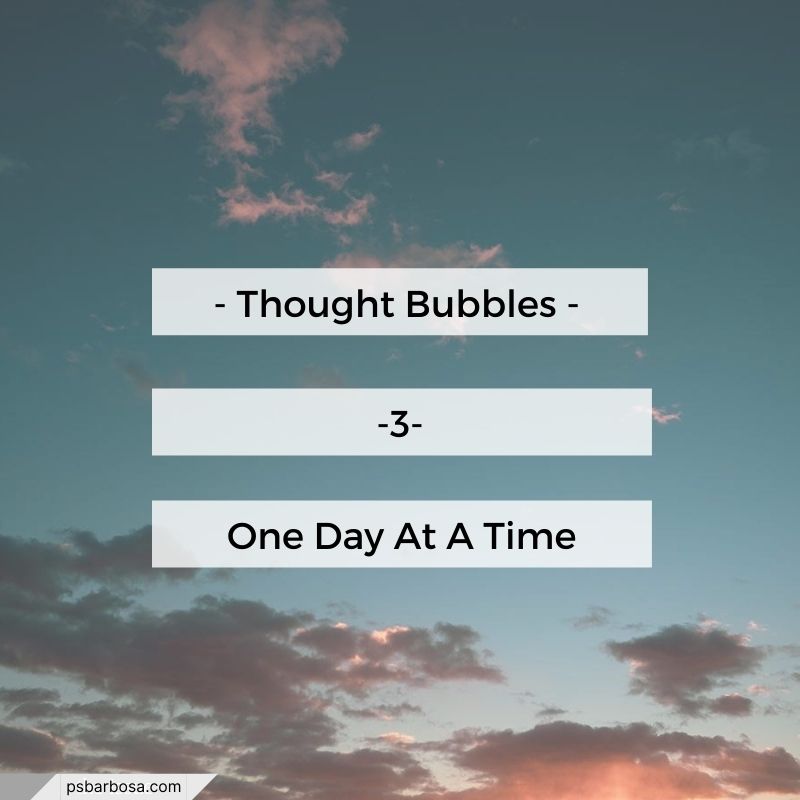 I’m not sure if “recent” is an accurate heading since the last time I posted an update was in September of 2020 but I guess that means I should have a few things to talk about so let’s get started.

Well for one I tied the knot at the beginning of this year. Yay! Let me tell you, planning a wedding is no easy task. It doesn’t matter how big or small it is, it’s a lot of work. The pandemic shutdowns provided another layer of difficulty but in the end, we figured something out. Our original plans were canceled due to restrictions and other unforeseen circumstances, so we decided to have the wedding at my parent’s place with just our immediate family. It wasn’t exactly what we had planned for but nonetheless, a wedding my wife and I will cherish and remember forever.

I’ll also remember it forever because it was the first time we had to call an ambulance to the house. That unforeseen circumstance that I mentioned earlier? Well, my dad’s health had been getting worse and worse in the last few months of 2020 and we found out it was late-stage cancer so we rescheduled the wedding sooner than later, just in case something happened. On the day of the wedding, my dad collapsed in the morning and passed out, hence the ambulance visit. They stabilized him with oxygen and took him to the emergency room but before he left he told us to go ahead with the wedding. We found out later on that he was bleeding internally and his blood oxygen levels were in the low 40s that day. Normal blood oxygen is in the 80-100s, so it could have turned out a lot worse. Thankfully, it wasn’t his time to go and my dad is still around today. The doctors said he could be lucky to have a year. It’s been 9 months since and the treatment has been effective so far. He’s taking things one day at a time and doing his best, and so are we.

Back In The Gym

In other news, I’m back in the gym! I’ve lost a lot of strength and endurance and have really been trying just to maintain the best I can for the last year so I’m excited to really get back into it. In the last year, I’ve been the most sedentary I’ve ever been and it doesn’t feel good. I have to make it a point to get up regularly and move around since it’s so easy to just sit at the desk and work. The goal is to get back into tip-top form by next summer, both in body, mind, and spirit. I think that the better you feel the better for creativity, which is probably why I haven’t had as much success creating lately.

Lately, the tank has felt empty when it comes to writing. I managed to finish the first draft of a fantasy story I was working on but it’s not quite there yet. It’s missing something. I’m not sure what, but it is. I might just let it breathe for a bit and come back to it with a fresh mind.  Sometimes taking a break helps, or at least I think it does. It’s also a very long story. I think right now focusing on some tighter stories might be a better move.

Speaking of short comics I recently received a copy of the Crime Pays anthology from Altruist Comics. “Best Served Cold”, a short comic drawn by Sebastian Urquhart-Beligan and written by myself is included in the anthology. It’s my first time seeing something I worked on in print which is pretty cool. There’s a lot of great comic shorts in the anthology so if you want to check it out you can find it on the Altruist Comics website here. 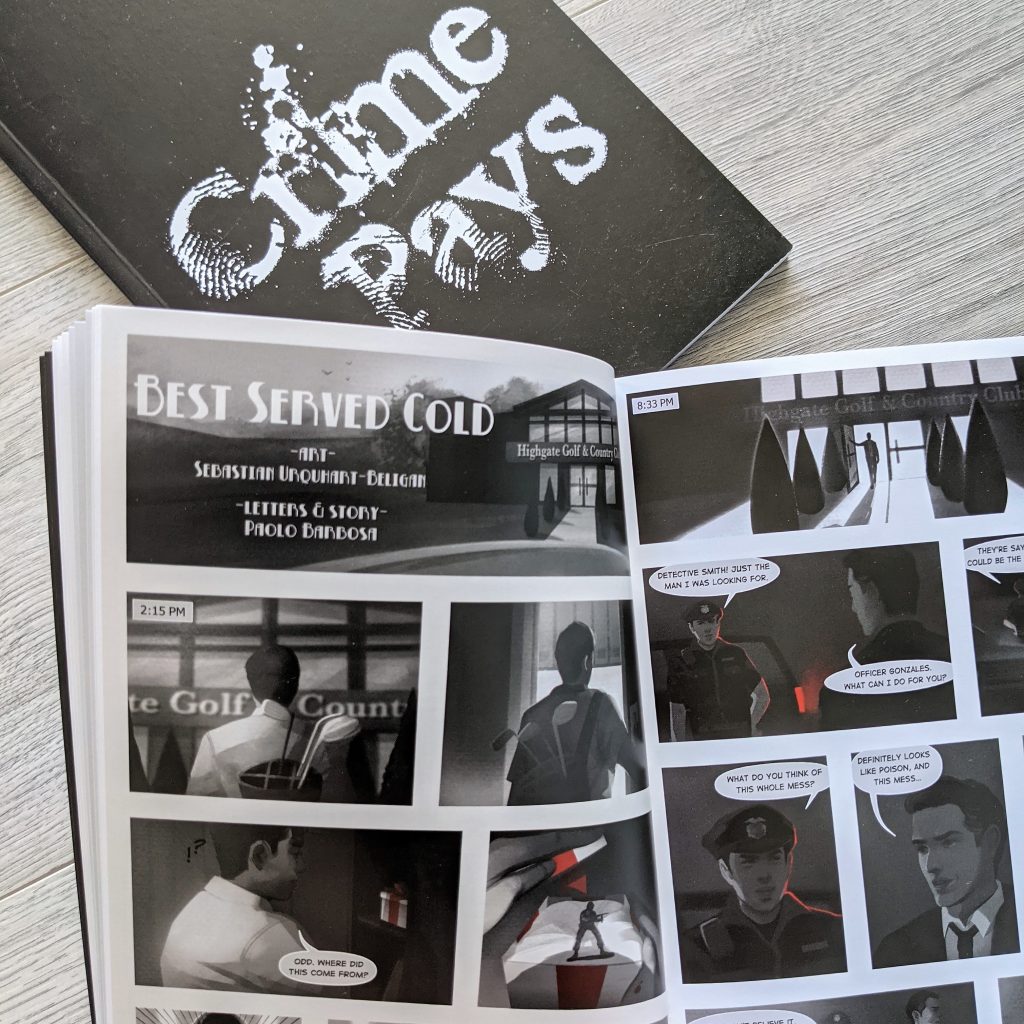 I’ll be in another comic anthology coming out in October so I’m pretty excited for that. It’ll be part of an anthology from Cloudscape Comics and will launch through Kickstarter. More news on that soon!

Since I’ve been a little short of fuel when it comes to writing I’ve instead focused a bit more on learning. I joined Scott Snyders substack “Our Best Jacket” so I could take part in his online writing lectures and class. I’ve joined a few Substacks and so far I think Snyders is the best value of the bunch. The lectures are excellent so far and the Discord is great too. If you’re a comic writer looking or just want to learn about creating stories I think it’s an excellent option to consider joining.

Other than Syders Substack I’ve also subscribed to a few others as well. I subscribed to James Tynions “Tiny Onion” Substack newsletter as well as Dony Cates and Ryan Stegman’s “KLC” newsletter. On top of these paid subscriptions, I’m also signed up for about half a dozen other newsletters to the point where it’s almost too much. Are the paid subscriptions worth it? So far Snyders is 100% worth it, the other 2? Time will tell. The move to Substack and paid tier newsletters is a great way for creators to connect with their audience and make a little bit extra as well. To me, it seems very similar to a Patreon. The challenge I think will be retaining subscribers as there are only so many subscriptions a reader can be a part of. I’m already cutting down on the newsletters I’m subscribed to just because there’s no way for me to keep up with and read all the email newsletters coming to my inbox.

With that being said here are a few newsletters that I think are worth checking out if you’re interested in writing and creating comics:

Ram V – Fly By Soul:  Ram is an amazing writer and I think his creator-owned work is where he really shines. His newsletter gives insights into his work and process which I think are really helpful. The newsletter doesn’t come regularly but it’s always great to read when it does.

Scott Synder – Our Best Jacket:  THe paid tier is more than worth it for the classes and discord. $7 USD monthly or $75 USD for the year. Recommended.

The Joy Of Drawing

Besides writing I’ve also continued to try and draw regularly, and by regularly I mean whenever I can even if it’s just for 10 minutes. I don’t know if I’ve gotten any better but I still love doing it. It was actually my first passion before writing. The feeling of pen on paper, the sound of the scratch marks, everything about just brings me joy. 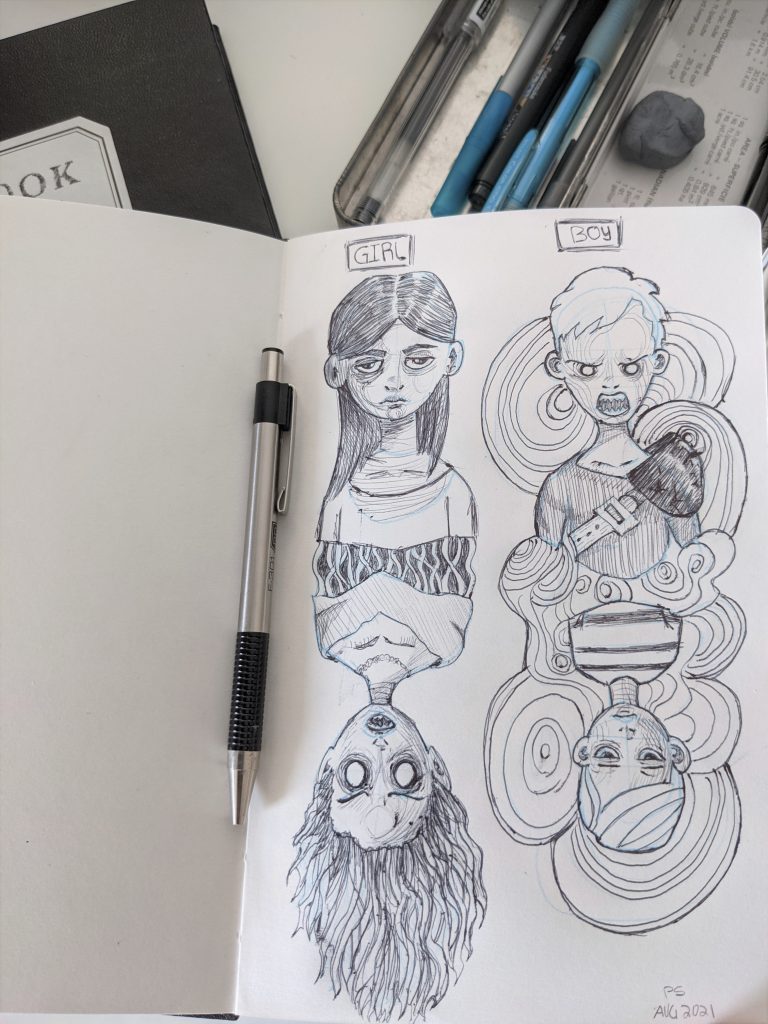 I bought some new tools to experiment with. My favorite being a Pentel Pocket Brush and Tachikawa holder and nibs. My hand doesn’t have the dexterity to use the pocket brush but I love its dark blacks. I think it really helps make the drawings pop. Using the nib and ink is such an enjoyable drawing experience and the line weights produced give so much life to the drawings. They are quickly becoming my favorite tools to draw with. Highly recommended if you haven’t tried using them.

In hopes to learn drawing quicker, I also purchased a drawing tablet. I’ve quickly learned that drawing digitally is very, very different than drawing on paper. It feels so different and I find it hard to get good lines digitally. Coloring digitally though is a blast.

Eventually, I hope to draw traditionally then scan them and finish them off digitally but for that, I need a good scanner. I might get the Epson WF-7820 so I can scan 11×17 drawings but if anyone has other suggestions I’m all ears so please let me know.

Last year I breezed through my read pile. This year I haven’t quite managed to read as much as I’d like. I’m going to try and finish the year strong though. To consume more manga I recently started a Viz/Shonen Jump Manga subscription and am looking forward to working my way through the catalog. Although I haven’t read that much this year here are a few reads that I think are worth mentioning. 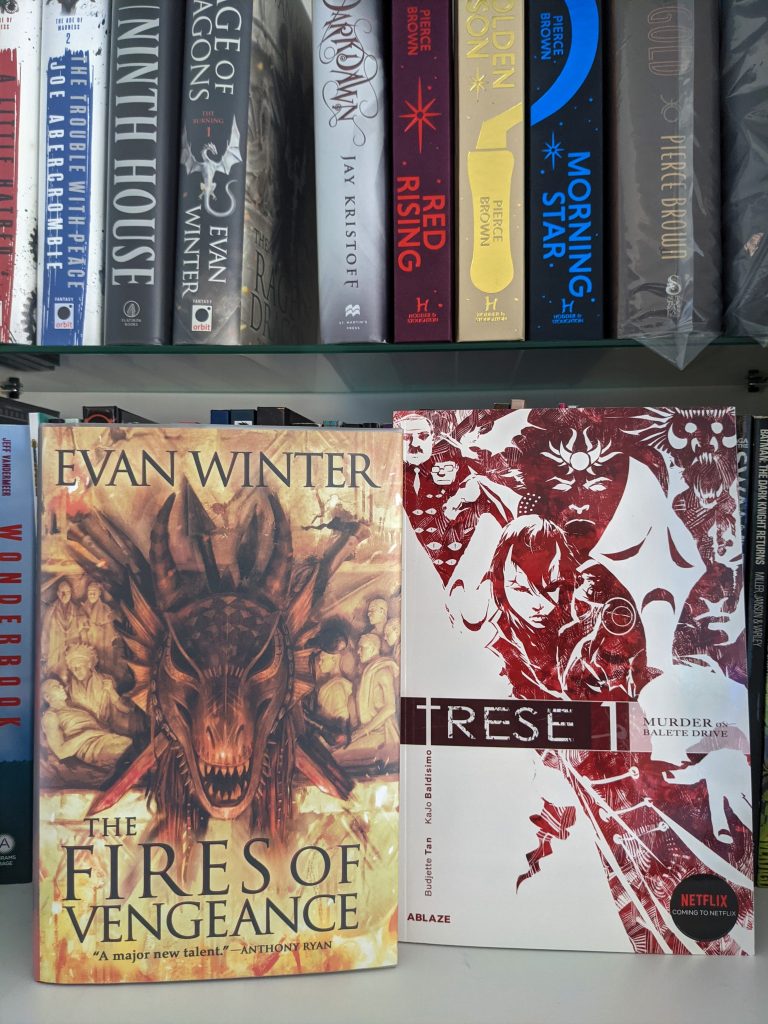 I’ve been doing a lot more watching than reading and I’m not sure if that’s a good thing or not. I’m currently subscribed to Crunchyroll, Netflix, Crave/HBO, Prime Video, Disney, DAZN (for NFL), and Sportsnet. There’s no shortage of shows to watch but I’m also looking forward to new movies coming out again. In case you didn’t know streaming sports services in Canada sucks big time. To get all the sports I’ll need to subscribe to TSN app as well except it doesn’t play on the firestick. The whole online streaming services thing is becoming just as bad as cable. Going to be cutting some services soon I think, just not worth it. Here are a few shows and movies that were worth it though:

It’s been harder and harder to find new songs that tantalize the earbuds. There have been a few though recently!

This turned out longer than I thought it would but I guess that’s to be expected since I haven’t posted in over a year. A lot has happened, a lot has changed, and a lot of things will never be the same. It’s been said that change is the only constant in life. I think that sometimes change is for the better, sometimes it’s for the worse, while some change, well, it’s is just a part of life. There will be good days, there will be bad days, and there will be all kinds of days in between. Sometimes all you can do is take things one day at a time, and sometimes that’s the best thing you can do.

What have you been up to lately? Have there been any major changes in your life recently? Feel free to let me know your thoughts or share your experiences below! 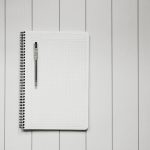 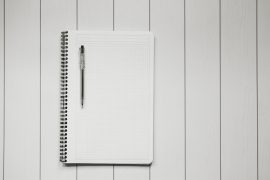 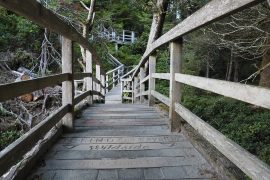 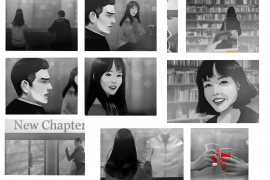