My grandfather passed away early this year at the ripe old age of 98.  His passing marked the last of my grandparents to enter the great beyond.  I didn’t know my grandfather too well on a personal level, but what I learned about him came mostly from his stories.   He loved to tell stories of his life.  Being 98 years old, that’s a lot of life, and a lot of stories.  His story is now complete, and it is definitely one worth sharing.

This is the story of my grandfather.  Like most great stories, when it comes down to it, it’s a love story of the truest form. 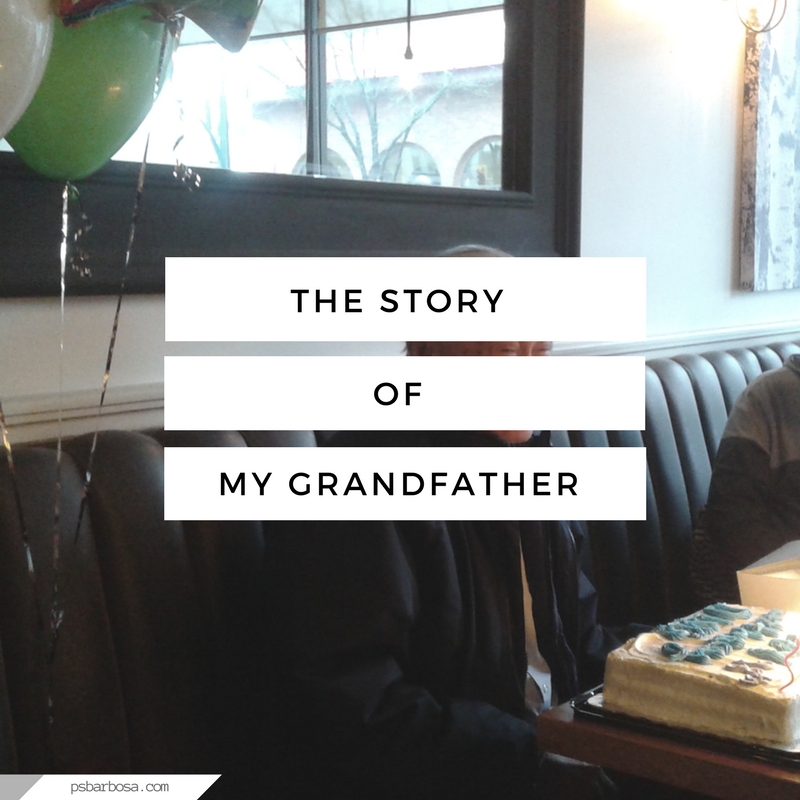 His name was Isidoro, but to me he was always known as Lolo.  That’s the Filipino word for grandfather.  Although I only ever knew him as Lolo, he had quite the amazing life before ever being a grandfather.

Isidoro was born in Cabanatuan, Philippines on December 14, 1918.  I don’t know much about his early life but from what I was told, he loved to bike.  So much in fact that he became a newspaper delivery boy, riding his bike to deliver papers all over his hometown.  He rode his bike so much that he eventually became the local road cycling champion.  Other than biking, he also was the local school paper editor, as he loved to read and write.

Other than those few childhood stories, most of the stories I heard of my grandfather were about his adulthood, and how he met my grandmother.

My Lolo and Lola (that’s grandmother in Filipino) initially met while they were attending the University of the Philippines in 1939.  When he first saw my Lola walking in the corridor he always recollected

“The moment I saw her, my mind and heart thumped hard.  The oval face, light complexion, Japanese eyes, sweet mannerisms, the way she walks, the most beautiful legs in the world!”

He instantly fell in love.

As the story goes, Lolo was intimidated by the social status of my Lola.  Her father was a Spanish mestizo (mixed race) who held a position in government as the Director of the Bureau of Mining.  Their household had 10 children all raised with the help of housemaids and workers.  In contrast Isidoro’s father was a local barber and his mother sold rice cakes and cookies, making just enough to support their family of 5 children.

Despite the difference in status, my Lolo was determined to make her his wife.  Apparently the only subject he ever failed was Statistics, and it was because he was so focused on trying to make my Lola his wife that he forgot to pay attention to his studies.

If you’ve been reading this blog then you know that I love the movies.  Coincidence or not my Lolo made his proposal to my Lola in a movie house.  The movie playing was Broadway Melody of 1940.  During the movie he took her hand in his and squeezed it hard.  She responded by squeezing his hand back.  To them, that was it.  It was a sign of commitment and love made by a simple gesture and no exchange of words.  Soon after they committed their love to each other, my Lolo was drafted into the U.S Armed Forces of the Far East in 1941. 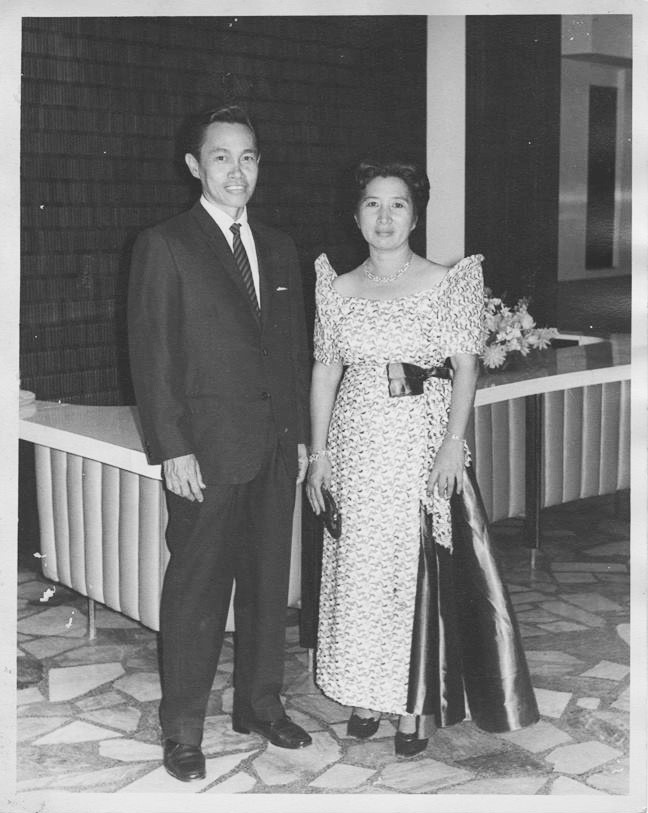 A TIME OF WAR

During WWII, the Japanese occupied the Philippines from 1942-1945.  While my grandfather was a soldier in the Philippines his troop was captured and he became a prisoner of war.

Naturally, he thought that he would surely meet his end in the camp, never able to see his fiance again.

However in his imprisonment, he met a captain of the Japanese camp he was in.  Over time, they befriended each other over their interest in economics and business.  They exchanged conversation daily, each learning from the other.

To my Lolo’s surprise one day, the captain brought him plain civilian clothes.  He told him to put these clothes on, and escape the camp.  Thanks to the kindness of the captain whom he managed to befriend, his life was saved and he was free to return to his love.

My Lolo said that years after the war was over he never stopped looking to find the Japanese captain who saved his life.  Sadly he was never able to find him and thank him for what he did.

Lolo was reunited with my Lola in 1942 and the two eloped in January of 1943.  2 days after they eloped, my Lola’s brother’s came to take her away from my Lolo.  Her family did not condone the marriage.  She was of higher class and he was merely the son of a barber.  My Lola was taken back to her families home and they were separated again.

Isidoro did not give up.  He had come back from war to be reunited with his love and this setback wasn’t going to stop him.  After some consideration my Lolo went to her parents and begged for forgiveness, so much so that  they eventually ended up giving their blessing for their marriage .

They were married on January 15th, 1943 in a Catholic church.  There was no large wedding party other than a few cousins.  The meal after the wedding consisted of rice, eggs, and salted fish.  A simple meal at most, but it was “the best meal in the world” according to my grandfather. 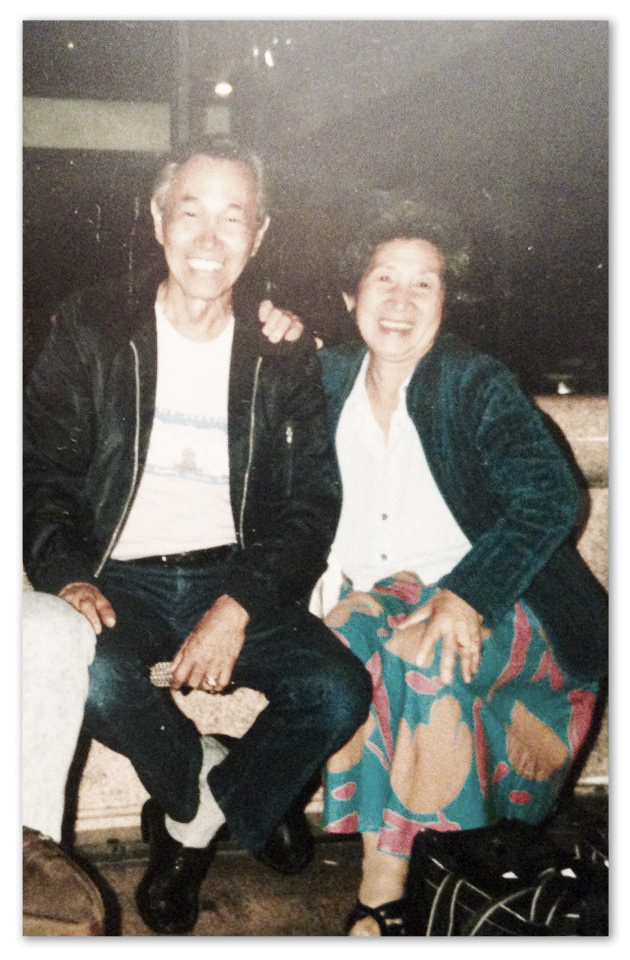 I’ve heard many stories of my Lolo and Lola.  One that stands out was the time when he wanted to see her so badly but was over 100 km away from her working.  The only transportation he could use at the time was his bike but he had a flat tire.  He wanted to see her so badly that he put a rope inside the flat tire and biked all the way to see her.  100 km on a semi-flat tire.  All the biking he did as a kid was for not! The things people do for love.

Together the two raised 10 children in the Philippines before immigrating to Canada for a better life in the 1970’s.

My Lola developed Alzheimer’s in the early 2000’s.  This was devastating to my Lolo, but he made the most of what time he had with her while she was still alive.  As my Lola progressively got worse, he stayed by her side the entire time.  We had to move my grandmother into a long-term care unit as Alzheimer’s took its toll on her.

My Lolo would be there everyday without fail, even though she did not recognize him anymore, his love for my Lola never faltered.  He cared for her, was by her side, every day until the end.

When my Lola eventually passed, they had to put her ashes into the plot.   He said farewell to his partner and wife of over 60 years.  My Lolo wept that day like I’ve never heard anyone weep before.  I’ll never forget that moment as it was the farewell to a lifetime of love.

My grandfather lived to the ripe old age of 98 years.  His goal was to live to 100.  We all thought he would make it but sadly his body eventually gave in.  His mind was sharp till the very end, but the body just couldn’t last any longer.

As we got together as a family for his funeral, I heard many stories of Lolo as they remembered his life.  It turns out we had a lot in common.  He was a big reader and life learner.  Always reading books on health and natural treatments.  He knew all the home remedies and things to do to live a long and healthy life.  His side passions also included taking pictures and writing.

Aside from all his accomplishments, he was proud of his family the most.  Every birthday he would re-count that he was lucky to have 10 children, 21 grandchildren and 11 great-grandchildren.  Despite having such a large family he always made a point to know and keep up with how everyone was doing, no matter what.

Although I did not know everything about my grandfather, I did learn a lot from my time with him.  Love, generosity, and the importance of family to name a few things.

A simple man, who led an amazing life, with a story that deserves to be told. 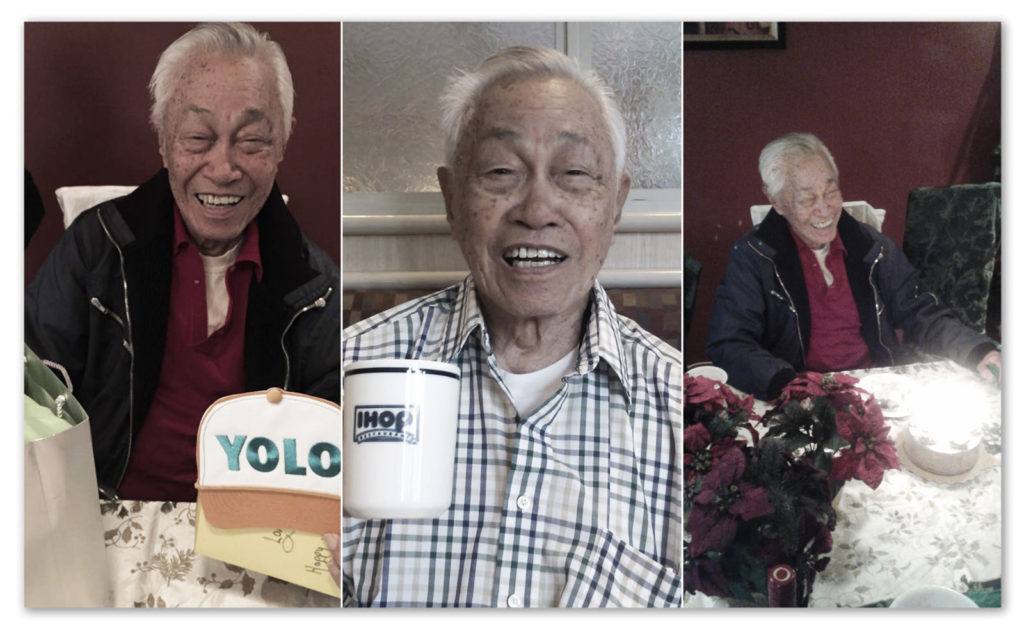 In Loving Memory of: 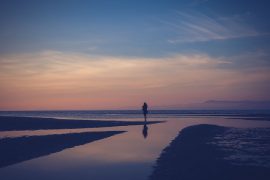 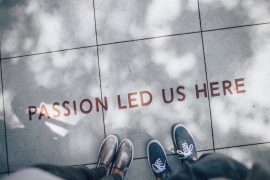