There are a few movies every year that come out of nowhere and make a big splash.  In 2016, La La Land was one of those movies.  I recently had the opportunity to catch the movie in the theater, so here’s my non-spoiler movie review of La La Land.

If you don’t know the plot or haven’t watched a trailer the story for La La Land is actually pretty simple.  The movie tells the story of a man named Sebastian (Ryan Gosling), and a girl named Mia (Emma Stone).  Sebastian is a jazz piano player and Mia is an aspiring actress.  Both have come to Las Angeles to pursue their dreams.

The lead characters are both strong and interesting.  Sebastian is a traditional jazz aficionado trying to make it in a time where he believes the art form is dying.  Mia is an actress who just can’t seem to catch a break.  She knows what she wants though mostly, and is willing to see things through.

The movie does a great job of taking a simple plot and telling the story in a unique and engaging way.  It’s familiar but new at the same time and you can’t help but feel for some of the struggles the two characters face, and the choices they make.

Two strong characters need good acting performances to make them believable.  Both Emma Stone and Ryan Gosling did great jobs in their respective roles.  I’m sure Emma probably drew from her own experience with acting so it probably wasn’t a hard stretch to play Mia.  Ryan Gosling reportedly spent 3 months learning to play piano from scratch.  The hard work definitely showed in the film allowing for some good close-ups him playing.

As for the singing and dancing, it was good enough for what needed to be shown in my opinion.  The song numbers in which Ryan and Emma had to sing were not overly complicated.  I think they were made to work with the capabilities of the actors/actresses and that’s why they worked so well.

Both Ryan and Emma deserve credit for preparing for their roles and delivering solid performances that helped make their characters memorable.  Do they deserve awards for their performances?  In my opinion, no.  Accolades yes.  Awards, not necessarily.  I think the casting crew did a great job in selecting an actor and actress who would be great to watch together on-screen and who could fit the roles of the characters.

The movie was a slight nod to the old days of film and as such the visuals were treated as such.  Special effects were limited but rather the visuals focused on wardrobe, scenery and setting the mood through color and imagery.

Sets and wardrobe were all very well done.  Right from the opening scene with all the bright-colored dresses you could tell that it was going to be a visually appealing movie.  The color themes used really helped enrich the movie and give feeling to each scene.  I especially liked the dance number (as per feature image) and the planetarium scene.

I’m partial to the neon blue, pink and purple color themes that they had in the night-time shots of La La Land so I really enjoyed the way the movie was shot.  The director also seems to have a great eye in terms of capturing important scenes.  Everything flowed nicely together.

It’s not a musical without a killer soundtrack right?  Safe to say La La Land did a great job with theirs.  I won’t be surprised at all if this movie is turned into a Broadway show, in fact I’m sure it will happen.

The music in La La Land is great.  It is used smartly too, with certain pieces being heard throughout the movie at the right precise moment.  All to help make you feel what the characters are feeling and deeper pull you into the story.  My most notable favorites where City of Stars, Someone in The Crowd and The Fools Who Dream.

Mia and Sebastian’s Theme is probably my absolute favorite song from the movie.  A song with no words but such a significant piece to the movie and a song that really portrays everything the movie is about.  One of the best songs for a movie I’ve heard lately.

I really enjoyed watching La La Land.  To me the movie lived up to the buzz around it which often doesn’t happen with a lot of movies. It was a ode to movies of old but with new takes on the classics.

La La Land manages to leave a lasting impression and opens up a lot of room for discussion which I think is the mark of a great movie.  Final verdict, go see the movie! I don’t think you’ll be disappointed. 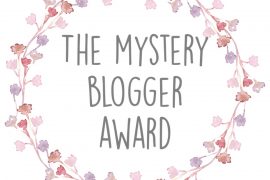 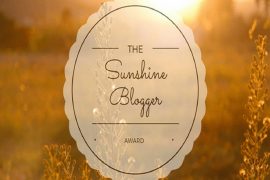 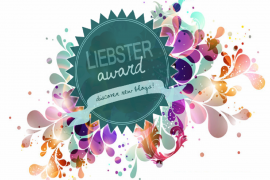